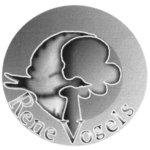 Introduction
High-grade glioma is a malignant brain tumor with poor patient survival despite surgery, irradiation and chemotherapy. Poor patient survival is partly caused by glioma stem-like cells (GSLCs) that are resistant to therapy. Therefore, targeting GSLCs is key to improve anti-glioma therapy. It is generally accepted now that GSLCs reside in niches and that the microenvironment of the niches is at least partly responsible for the resistance to therapy of GSLCs. We have shown in a previous study in human high-grade glioma that GSLCs reside around the endothelium of arterioles in hypoxic niches expressing the chemokine stromal derived factor-1α (SDF-1α), its receptor C-X-C receptor type 4 (CXCR4) and cathepsin K (CatK) 1, which are also functional in normal stem cell niches in the bone marrow for homing of hematopoietic stem cells (SDF-1α and CXCR4) or migration out of the niche (CatK) 2. The striking homology between the GSLC niche and the bone marrow stem cell niche is a great opportunity to elucidate functional aspects of the GSLC niche in more detail to improve glioma therapy against GSLCs. In the bone marrow, SDF-1α is involved in the retention of CXCR4+ bone marrow stem cells in the niche. When SDF-1α is degraded by proteases, such as CatK, stem cells migrate out of the niche 2.
In acute myeloid leukemia (AML), it has been shown that AML stem cells hijack and occupy the normal bone marrow stem cell niches in which they are protected against chemotherapy, because AML stem cells are then quiescent and chemotherapy is effective only in dividing cells. However, when the interactions between AML stem cells and the niche are disrupted, AML stem cells migrate out of the niche and become sensitive to chemotherapy 3. The homology with GSLC niches is striking, where CXCR4 is expressed on GSLCs, which are localized in niches expressing SDF-1α and CatK. We hypothesized that SDF-1a retains CXCR4+ GSLCs in the niche and that SDF-1a degradation by CatK results in migration of GSLCs out of the niche.

Materials and Methods
In order to test our hypothesis, transwell migration assays were performed using Boyden chambers, inserts with 8.0 µm pores and 3different cell lines: CXCR4+ U87 glioblastoma cells, CXCR4- A549 lung carcinoma cells and NCH421k GSLCs (CXCR4 status yet to be determined). U87, A549 cells and NCH421k GSLCs were plated in the upper chamber and medium with SDF-1α and related components were placed in the lower chamber. Five different conditions in the lower chamber were tested: 1) SDF-1α, 2) PEPC-C (sequence of 21 amino acids from the N-terminal end of SDF-1α, that is considered to be the binding domain for CXCR4), 3) and 4) cleavage products of SDF-1α after co-incubation with CatK at pH 5.5 and 7.4 (CatK is an endopeptidase that is active in lysosomal compartments (acidic environment) but is claimed to be active at neutral pH as well) and 5) medium as control. After 48 hours of incubation, the relative percentage of migration was determined by incubation with MTT for 3 hours in the upper and lower chamber. The crystals were dissolved using DMSO and the absorbance was measured using a spectroreader. Three biological replicates of the experiment were performed. Excel 2013 and Graphpad Prism 6 were used for statistical analysis.

Discussion
Our results support our hypothesis that SDF-1α is involved in retention of CXCR4+ GSLCs in the niche and that SDF-1α degradation by CatK annihilates this effect of SDF-1α (Fig. 2). As expected, there was no effect when using A549 lung carcinoma cells, since these cells are CXCR4-. We did not detect CXCR4 expression on the plasma membrane of NCH421k GSLCs. Therefore, we hypothesize that the NCH421k GSLCs harbor CXCR4 intracellularly in a similar way as hematopoietic stem cells, which they can functionally express on the membrane when stimulated with SDF-1α. Alternatively, GSLCs express CXCR7, another receptor for SDF-1α. This needs to be determined in future experiments. Mass spectrometric analysis of cleavage products of SDF-1α revealed that CatK induces 4 cleavages within the N-terminal end of SDF-1α, the crucial domain for activation of CXCR4. We want to elucidate in future experiments which cleavage(s) is/are crucial for the inactivation of SDF-1α by synthesizing the small peptides generated by CatK and performing transwell migration assays using Boyden chambers.
The research project in Ljubljana has been successful, since we have been able to determine that the SDF-1α/CXCR4 axis plays an important role in migration of GSLCs and that CatK can play a role these chemotactic effects. For the GSLC niche this means that that the SDF-1α/CXCR4 axis is involved in the homing of GSLCs and CatK is involved in migration of GSLCs out of the niche by disrupting the SDF-1α/CXCR4 axis.
The results obtained will be described as part of a manuscript to be submitted soon to a peer –reviewed journal. The financial support of the René Vogels Stichting will be acknowledged.